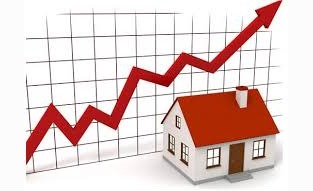 Despite the very cold temperatures in February, Saskatoon and region home sellers found a little warmth as new listings dropped 7% and sales rose 6%.

The Saskatoon Region Association of REALTORS® (SRAR) reported 731 homes were listed, down from 783 in the same month of last year, while sales rose to 296 from 280.

Excluding the region, new Saskatoon listings were down 8.6% in February to 478 — the fewest since 2013 — while sales held steady with last year, rising by one to 211. Months of inventory dropped to 6.7 from 7.5 last February.

City homes listed to date in 2019, at 1,033, are at their lowest level in nine years. February statistics indicate a change in a market that has been declining for four years.

“Sales have stabilized somewhat, and inventory levels are coming down,” said Jason Yochim, CEO of SRAR. “As an optimist, I believe and hope it will continue. However, people have to be confident that the economy is improving before committing to the purchase of a home.”

He noted that while some sectors of the economy, such as potash mining, are doing well, others are less robust. “It’s not that people aren’t working; they are. But they won’t upgrade unless they have confidence in their situations.”

The average price in Saskatoon also recovered slightly to $338,268, up 2.3% from last February. Yochim cautioned that average prices can be misleading because the basket of sales in any given month can be very different from another. For example, if two or three high-priced homes sell, that can significantly skew the average. A better gauge, said Yochim, is the Home Price Index (HPI), which tracks prices over time based on a benchmark determined 15 years ago. Saskatoon’s overall HPI, including apartment-style condos, was $282,600 last month, down 3% from last year. The most expensive category, two-storey single-family homes, was down 1% at $356,000.

Saskatoon remains a buyers’ market, with a sales-to-listing ratio of 44; but the ratio has risen from 34 in January, for a year-to-date ratio of 40. A ratio of 50 is a balanced market, while a ratio of 60 denotes a sellers’ market.

“Even in a buyers’ market, sellers can successfully sell their homes,” said Yochim. “The most important aspect to achieving a sale is pricing a specific property to match the current market conditions. This is where the assistance of a REALTOR® comes in. Not only do REALTORS® have the knowledge to help a seller arrive at a realistic price, but they are also professionals who subscribe to a strict code of ethics. They can guide sellers, and buyers, through the process, and help them make the best decisions.”

THIS ENTRY WAS POSTED ON March 5th, 2019 BY Mike Gustus | POSTED IN General